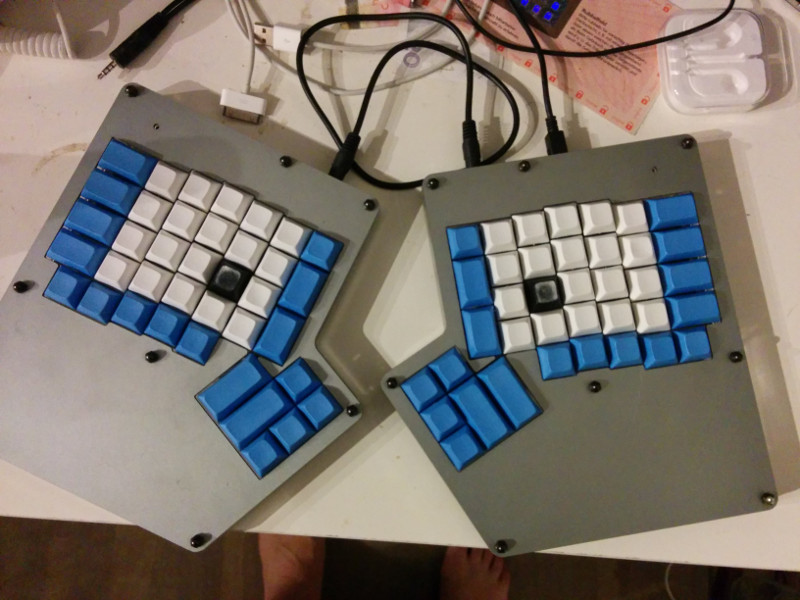 Recently (well, kind of) I've been building an ErgoDox keyboard. It was the cheaper choice between an Maltron or Kinesis keyboard and since it is open (in the sense of open source) it also is the ethically better choice.

I've been touch typing in my own, self-made, grown 8 fingers system, which I learned by doing and never thought about it. To avoid RSI problems induced by this system I also switched to the Dvorak keyboard layout. So I had to completely re-learn typing and learn touch typing.

The first days were extremly frustrating. I went could turkey and I felt as if I was a rookie again. I had to re-learn especially keyboard shortcuts the hard way (by typing the wrong ones again and again). My productivity was at an all-time low, I barely managed to get a line of code written. Very soon it was obvious to me that this is not the way I would've been successful.

Regarding my RSI (or something like that) symptons: I have to say, it seems to help. The last few days (except the weekend) my hands didn't hurt at all or just hurt a bit at the end of the working day. I don't know if it is the Dvorak keyboard layout or the ErgoDox or both, but I'm very happy and very relieved that it's helping!